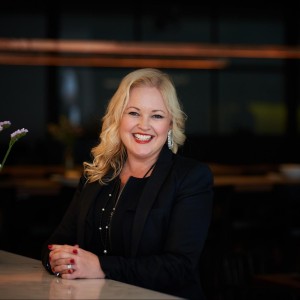 A visionary thinker with a rare intellect , Simon Sinek

Simon has been described as “a visionary thinker with a rare intellect,” Sinek teaches leaders and organisations how to inspire people. His bold goal is to help build a world in which the vast majority of people wake up every single day feeling inspired, feeling safe at work, and feeling fulfilled at the end of the day. Simon is the Author of three best-selling books and is fascinated by the people that make the greatest, lasting impact in their organisations and in the world. Over the years, he has discovered some remarkable patterns of how they think, act and communicate and the environments in which people operate at their natural best.

His unconventional and innovative views on business and leadership have attracted international attention. From American Airlines to Disney and MARS, from big business to entrepreneurs to police forces, Simon has been invited to meet with an array of leaders and organisations in nearly every industry. He has also had the honour of sharing his ideas at the United Nations.

The things I love about hearing Simon speak is that as a fellow marketeer he speaks my language and truth. I adore to see the passion behind how fundamentally he is driven by his cause – in changing the world – he invites us all to think different, challenge ourselves to be better versions of ourselves in order to help each other. Delivered via trust, authenticity and most of all respect for all other humans.

He helps individuals and businesses to think differently, he articulate the steps and speaks the truth about leadership, courage and emotions and human condition. I love how he provides simple and clear examples of how organisations need to change the way they do things, to always appreciate from the customer up and that manager are here simply to help support their staff. All leadership is here to serve, empower and help – which in-turn ultimately supports customers and drives business growth.

There is a better way and here in Australia being a big island removed from much of the tough global pace, we need to embrace new and better ways to embrace the future and remove the fear of change. We all need to follow the passion that drives us. From my own perspective hand on heart I just love my job and I am honoured to support the people that I work with and manage. As I’m driven by my just cause to help people connect with brands and businesses that are delivering greatness- I get to help companies find and articulate their why and provide experience for customers and staff, whilst improving how they deliver their services and products via marketing and digital communications. I can’t wait to see Simon this November at the New York Study Tour.

How do you win lots of battles and yet loose the war?

It begins with understanding the Playing field, generally there is a beginning, middle and end. However in an infinite game their are known and unknown players, rules are changeable and the rules are to propitiate the game or stay in the game as long as possible. When we pit a finite play with a finite player the system is stable- Football lis stable

When we pit an infinite player with an infinite player the system is also stable. The Cold War was stable as we could not have a winner or a loser and what happens is, one just drops out as they lack the resources or the will to continue to play. They run out of the will or resources, yet the game continues with or without them. The player just leaves the game.

This gets us thinking about context – business, politics and education.

Yet, if we listen to the language of too many organisations they don’t know the game they are in.  They talk about “being the best”, they talk about being number 1. They talk about beating their competition. They talk about the salaries people could earn. Yet if people aren’t taught at university how to think differently, how to challenge the norm and be inventive where will they learn this?

The problem is there is no such thing as coming first, any metrics that we choose, where that be ranking in a magazine that has made arbitrary choices about how to rank your Universities or colleges – You had no say in, or another university that declares they are number 1 in x and number one in Y (all the while we haven’t agreed on the timeframes or metrics). It is just all smoke and mirrors- if you are playing by these rules it becomes more and more difficult to maintain the resources to say in the game. Money is becomes more difficult which now seems to be the primary objective which it never was.

Even the will of the people to commit their blood, sweat and tears to see your organisation advance into the future- the staff, the teachers and even the students will stop.

At the Apple conference 100 % of the senior executives spent 100% of their presentations talking about how they were going to help teachers teach and how they can help students to learn.

One obsessed in where they were going, one was obsessed with their competition- not hard to guess who was in a quagmire!

At the end of my time Microsoft, they kindly gave me a zoom which was at the time their answer to the iPod touch, its beautifully made and worked great. So when I finished at apple I was chatting to Employee number 54 to be exact! I couldn’t help myself and told him that Microsoft gave me their Zoon and stirred the pot to say it is so much better than your iPod touch- and he said I have no doubt- the conversation was over.

How do we improve the quality of our culture?

How do we improve the quality of the way we provide the services we claim to be providing?

How do we improve ourselves that is the main point- of being in the infinite game as we don’t have the same metrics as everybody else and were not necessarily playing to the same ends.

There are 5 elements to the infinite game;

We all need to ask ourselves how do we become a better version of ourselves?

Join us Tony McGinn and the amazing cohort of leaders wiling to challenge themselves and hear first hand this November Simons’ thoughts of how to Lead with an Infinite Mindset, Simon will also look at;

Imagine getting a clear perspective on your ambition, defining your business and career objectives and creating strategies to achieve that success all in 5 days!

Digital Women’s Network and Tony McGinn invite you Join them in NYC for the NEW YORK STUDY TOUR and achieve all this and more in 5 days that will help you each year of success in the future.

It’s 5 days of Jam- Packed Learning, networking, strategy building and gaining insights from the most brilliant minds on the planet !

Phase 2: Five day Study Tour in New York. Including: Ambition Alignment Workshop; Effective Networking Workshop: Attend the World Business Forum (WOBI) Conference: Business Strategy Masterclass; Leadership Speaking Workshop; and of course sightseeing around NYC and drinking and dining in the most exclusive bars and restaurants this city has to offer.